The main advantage of cubieboard is it’s SATA connector. I have old HDD from notebook, so I wanted to use it as a media server.

This post has 3 parts related to HDD connected to Cubieboard2 with lubuntu:

There are many ways to see all disks and partitions but my favorite command is lsblk: To create an ext2 partition (for media I do not need ext4):

I already created a folder and copied some files to HDD connected directly to my desktop PC so after mount I saw folders and used capacity.

These are commands that mounts drive to /media/disk folder.

and my favorite lsblk

To have mount persistent also after reboot, you have to add line to /etc/fstab:

After the change sudo cat /etc/fstab has the following output on my cubieboard2: Since I already had data on it, I have changed the owner of the folder:

In next posts I will configure minidlna server and add some NAS features as samba and ftp:

Since now I have lot of available space, it might be a good idea to have backup of my data in NAND memory.

To have a copy of the data in the first megabyte of your NAND. This contains the boot0 bootloader. If anything goes wrong, you can use this to set up a working nand boot partition again.

To have a copy of the data in the boot partition. If anything goes wrong, you can use these files to set up a working nand boot partition again.

It might be safer to also create an almost full copy of your nand:

Also create a MD5 check sum, so you can check it if it safe to use the image:

I hope I will not need these backup files, but who knows…

I’ve found this youtube video where you can see how to destroy your nand and use the backup image.

So I did also gzip img version so to restore I can just follow that video:

After 20minuts the file was created with 777MB (and not 4GB as pure img file).

And to restore it I will execute (hope will not need it):

Also nice video how to move root partition to HDD.

Spinning down and up a lot will wear the drive and potentially lower lifetime. Since this is not my case I decided to activate spinning down of HDD. I will reconsider if I will periodically store some data to HDD. Spinning down also decreased used power and I’ve written post regarding the power consumption comparison.

The easiest way is from GUI (in my case via VNC). This tool is NOT WORKING in my environment. If I press OK, no action is performed. I will have to find out the solution for this…

If you want to do it from the terminal try this man page of hdparm.

To simple change spin down time from terminal:

Now I will wait 2 minutes and 5 seconds, if it really spins down. I will put it to hdparm config file /etc/hdparm.conf later and update this post or I can insert the line (sudo hdparm -S 25 /dev/sda) in /etc/rc.local file.
The number after hdparm  -S specifies the duration (this how-to lists all values) and in general the values are:

To check from command line in what state is you HDD:

To see the usage of you disk:

If you want to see it during a time and put it to file named stats (see this guide for more info):

Spin HDD down in cron

I use also minidlna and sometimes the HDD doesn’t spin automatically down. I have created an executable file hd_exec with the following commands:

To run this file every 4 hours add to root cron: sudo crontab -e
the line:

The more sophisticated way to ensure the HDD spin down: info4admins.com/tips-to-spindown-your-hard-disk-in-debian-or-ubuntu/

Usefull links that I used:

SSH to my fresh lubuntu on cubieboard2 was not working. I tried it also from the lubuntu itself with the error: $ ssh localhostRead from socket failed: Connection reset by peer I went through many[…]

Which single board computer to select? 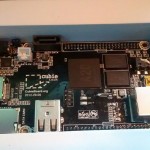 My first SoC board was pcduino. Since it was one of the first boards and I used it 24/7. It gave me some experience and I really like that Allwinner SoC A10 with 1GB RAM and[…] 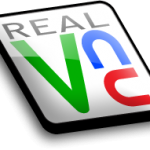