I wanted to install Lubuntu on my new Cubieboard2 so I decided to go for this v1.06 Lubuntu 12.10 image. You have option to have NAND or SD card and I’ve decided to go for NAND because the system performance should be faster than SD.
UPDATE: Download the Lubuntu 14.04 image for Cubieboard2. I found this image on Marcos Costales blog

I followed this video www.youtube.com/watch?v=TeULfhdX1CY and installed PhonexSuite, downloaded image and upgraded cubieboard2. Thanks for it, it saved a lot of time..

Actually I had problems with my Win7 64. The driver (while upgrading) was acting as the cubieboard device was detached and attached twice with the USB driver failure (Device Manager error Code 10). I tried also to install it manually, I spent like hours to upgrade it, no success. Finally I used my old notebook with Vista and it works just like shown in the video. I recommend also to check the MD5 – my first download of the image generated wrong check sum so I was lucky to check MD5 before the image upgrade to Cubieboard2.

And be patient after the first run.. It takes much longer to boot for the first time.

The version that was installed:

I would even recommend to install the package “build-essential” which contains some basic compilers and development tools (52MB) that are needed for almost all development and programming activities. Installing build-essential also cares for installing the make command.

Install git (10MB) to have access to git libraries:

You can start midnight commander from terminal with mc command. Also use mcedit (from terminal or F4 from mc) instead of vi.

To turn cubieboard off:

I have some more guides to make lubuntu more convenient for me (so might also be for you).

Check the post describing how to upgrade Linaro/Ubuntu/Lubuntu version to Ubuntu 14.04 LTS.

I2C on Cubieboard with Lubuntu 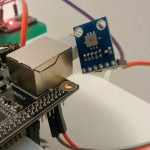 I2C bus is used by many integrated circuits and is simple to implement. Any microcontroller can communicate with I2C devices even if it has no special I2C interface so I wanted to enable I2C also[…]

I wanted to keep my existing configuration and programs on my Cubieboard2 with Linaro Lubuntu, but at the same I wanted to upgrade the packages since the Lubuntu 12.10 is quite outdated. This post describes[…] 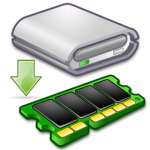 In my Cubieboard2 I use Lubuntu. Since I have connected barometer and arduino to my cubieboard, I read data from that devices and store it to cubieboard2 filesystem. Since NAND memory is not quite suitable for such[…]